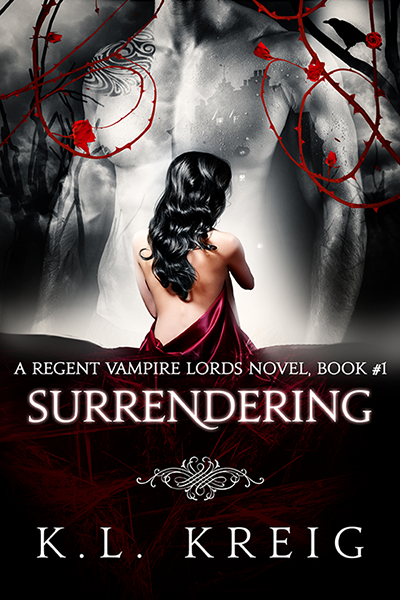 Book one of The Regent Vampire Lords Series

To feisty, relationship phobic Kate Martin’s utter surprise, she isn’t automatically dismissed as a crackpot when she finally plucks up courage to walk into a police station, revealing what she’s seen in her dreams. But instead of making a simple statement and returning to her nice, quiet life, she finds herself the center of attention from both a psychotic vampire and the ‘investigative specialist’ who would die in order to protect her.

“You’re anything but casual, Kate. I want you and I always get what I want.”

Young women are disappearing across the country and Devon, Regent Vampire Lord of the Midwest, knows his centuries old archenemy has finally resurfaced. A break in his fruitless search is provided by the discovery of a woman who can not only see the missing in her dreams, but who ends up being his Moira, his Destiny. And she couldn’t have stepped into his world at a more inopportune time, for she is now the prime target for his nemesis.

At least that’s what she thinks.