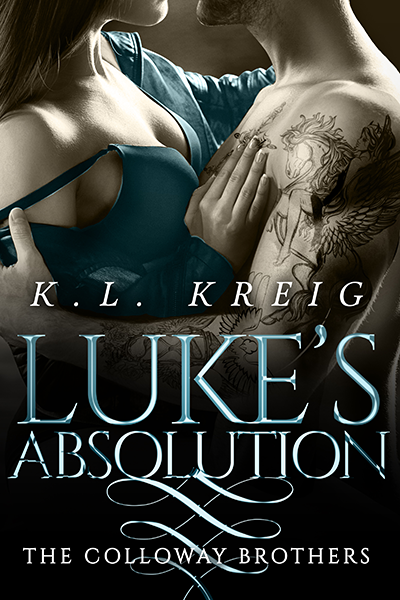 Luke has lived on the wrong side of the law since he was seventeen. His hands are stained and his soul is black, but the worst sin he’s committed is falling in love with his brother’s girl. Then he met her. Addy Monroe is pure, innocent and stubborn as an ox. Even though he doesn’t deserve her, Luke will stop at nothing to have her. But just when happiness is within his grasp fate rips her away, reminding him once again that there is no absolution for sinners. Will Luke be able to let color fill his blackened soul?