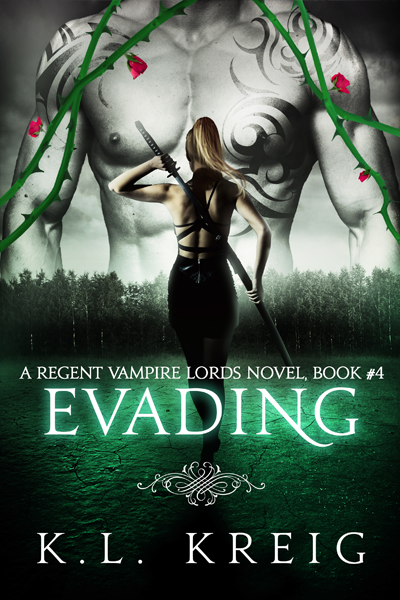 “Let me obliterate each and every last beast that’s holding that beautiful mind captive, Giselle.”.

It’s no secret Detective Mike Thatcher wasn’t a fan of the blood drinkers. They stole his life, his woman, his future when they kidnapped his college sweetheart. So of course Fate paired him with the one thing he’d spent the past eleven years hating…a vampire. But Giselle isn’t just any vampire. She’s seduction, sin, strength and fragility all wrapped into one ice-cold package.

“That could take a lot of time. I have a lot of demons.”

Giselle has reasons for her sandpaper exterior, but they’re hers and hers alone. Then along came the one male she never wanted. Her Fated. Mike changed her in ways she didn’t like. He made her soft. He made her care. The gorgeous asshole made her feel, goddammit. And he’s just made it clear the running is over. Letting love in would prove to be the biggest challenge she’d ever faced.

But as Mike lets the past go, can Giselle do the same? Can she bare her soul? Show her shame? Just as Giselle stops fighting the inevitable, her entire world doesn’t only shift on its axis…it falls the fuck off.